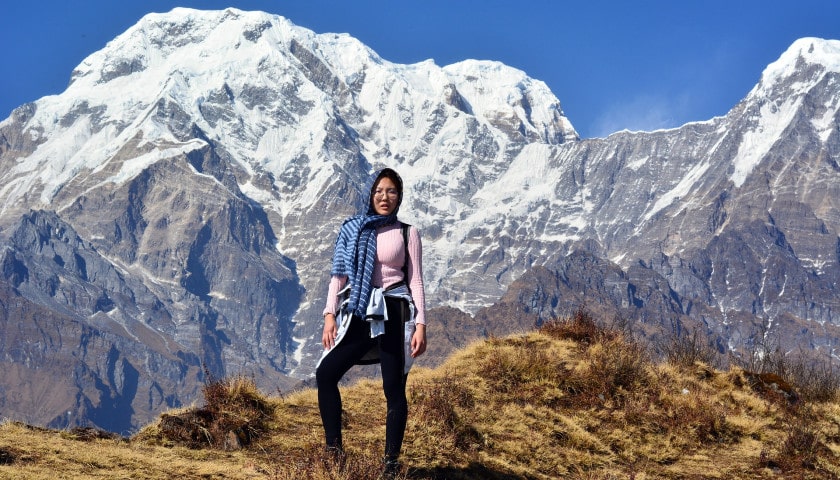 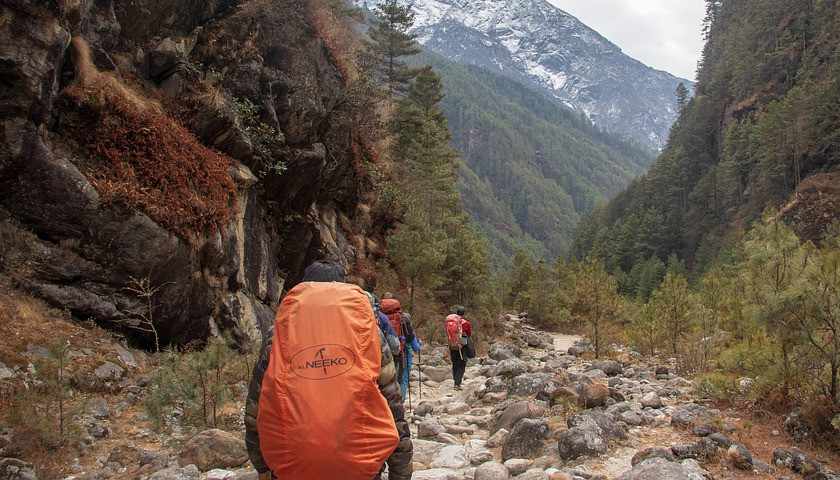 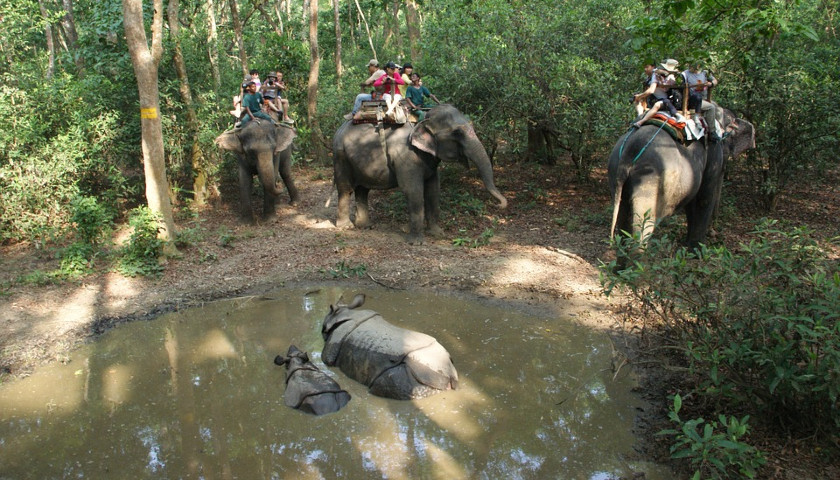 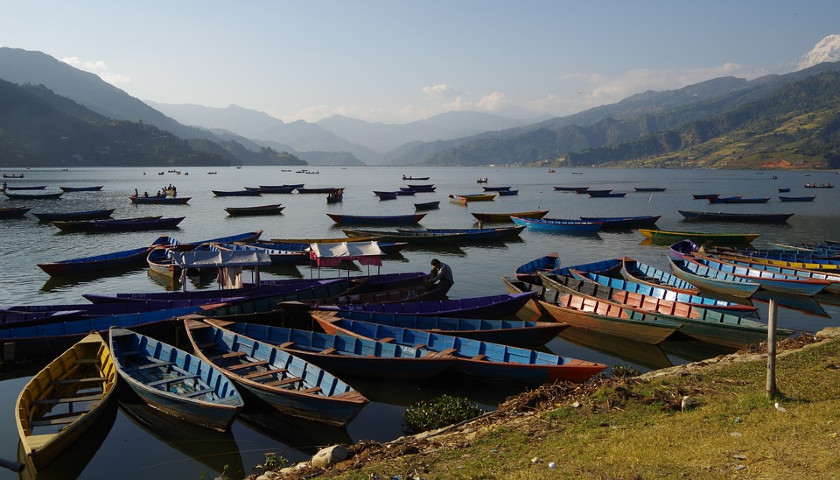 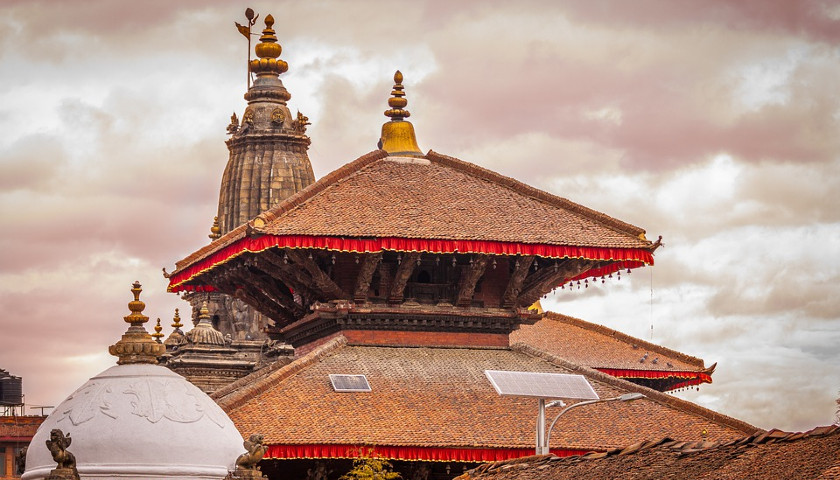 It’s a panoramic thrill flying into Kathmandu on a clear day. The views of snow-capped mountain peaks sprawling down below you are almost ecstatic, beginning a whole chain of memorable experiences that stay with you for a long, long time. Upon arrival at Tribhuvan International Airport, Alkof Holidays representative will meet you at the airport and escort you to your hotel. Welcome drinks will be served and rooms will be provided after check-in process. Overnight stay at the hotel.

One of the must-see landmarks of Nepal is, of course, the highest peak in the world - Mount Everest. An awe-stricken silence comes close to matching the experience of a mountain flight. For one hour, you’ll fly over the Eastern Himalayan Ranges of Nepal where some of the highest peaks in the world including Mt. Everest lie for a surreal feeling as you come face to face with the world’s tallest and most enigmatic of Mountains. Even those visitors who like the rigors of a trek won’t miss the opportunity to “conquer” the mountains in one stunning swoop.


After breakfast at the hotel, commence the sightseeing tour of Kathmandu, visit Kathmandu city - the capital Kathmandu is the hub of Nepal's art and culture. It is a place for rest, relaxation and easy-day sightseeing of historic and artistic temples and monuments. Kathmandu Durbar Square with its arrays of temples, Seto Machhindranath and the ancient palace of the former Nepali Royals enriches your experience of the centuries old civilization. Later visit Swayambhunath Stupa, said to be around 2000 years old, this Buddhist Stupa sits atop a hill. The main stupa is composed of a solid hemisphere of brick and earth supporting a lofty conical spire crowned by a pinnacle of Copper gilt. After that visit Patan city, located about 5 km south of Kathmandu, Patan is one of 3 royal cities in the valley. Patan is believed to have been built in the third century B.C. by the Kirat dynasty later expanded and enriched by the Licchavi and the Malla rulers in the medieval period. Patan Durbar Square, like its counterpart in Kathmandu, is an enchanting mélange of palace buildings, artistic courtyards and graceful pagoda temples. The former Royal palace complex is the centre of Patan’s religious and social life, and houses a beautiful museum. One remarkable monument here is 16th century temples dedicated to the Hindu go Krishna, built entirely of stone. Overnight stay at the hotel.

Morning visit Pashupatinath Temple dating back to 400 A.D. is one of the oldest temples dedicated to Lord Shiva- the superior god as per Hindu mythology. Also visit Boudhanath - One of the oldest and the biggest Buddhist monuments ever built in Nepal, built on an octagonal base inset with 108 prayer wheels, the shrine is ringed by the settlement especially of the Tibetan refugees who entered Nepal in the 1950s. They have developed the place into a ‘Mini-Tibet’ ever since.


Later take a flight to Pokhara, once you reach Pokhara, check-in at the hotel. Relax at the hotel, later spend a quiet time boating in the ultimate lake where the reflections of Mount Annapurna and Machhapuchhre range falls. You will also see a variety of fishes while boating. An island temple is located at the middle of the lake. Thick forest lies on the adjoining southern slopes of the lake. It’s hard to escape the draw of Phewa Lake and any visitor with even a few spare minutes should endeavor to take a boat out on the water to fully experience the wonderful views of the reflected mountains. Overnight stay at the hotel.


Pokhara is a remarkable place of natural beauty.  At an elevation lower than that of Kathmandu, it has much more tropical feel to it; a fact well appreciated by the beautiful diverse flowers that prosper in this environment. The enchanting city with a population above 250000 has several beautiful lakes and offers stunning panoramic views of the Himalayan peaks. The valleys surrounding Pokhara is home to thick forest, gushing rivers, emerald lakes and of course, the views of world famous Himalayas. The serenity of the lakes and the magnificence of the Himalayas rising behind them create an ambience of peace and magic.

After breakfast, drive to Nayapul. Start your trek from Nayapul. Bit easier hike through the bank of ModiKhola, and the beautiful sight of lowland rice fields Generally walk up to the valley of Hile (1495 m) and Tikhedhungga. Overnight stay at a local lodge.

This is big walking day to Ghorepani, journey begin after ascending 3300 steeps stone staircase to Ullari and passing through experience of  majestic views of Himalayas, Oak and rhododendron forest until to the beautiful village Ghorepani. Overnight stay at a lodge.

Early morning ascending to Poon Hill (3210m) one of the scenic panoramic Mountain View points in Nepal, from their you can see 180° panoramic mountain view of Dhaulagiri range, Annapurna range, LamjungHimal and other Himalayas ranges and descending down to Ghorepani for breakfast. The trail goes a long the ridges of rhododendron to Tadapani through dense forest; we get chance to see monkeys, birds and other animals. Overnight stay at a lodge.

The trail continues descends steeply until to Syauli Bazar through forests, terrace rice filed and view of Fish Tail, Annapurna South and Himchuli to the Syauli Bazar and to Nayapul. Drive back to Pokhara for overnight stay.

After breakfast at the hotel, leave for Chitwan National Park for our next adventure. Upon arrival at Chitwan National Park, check-in at the resort. After lunch indulge in some wildlife activities for the day as guided by the naturalist. For a country known for its beautiful mountains, the gigantic flat lands of Terai that stretches throughout the southern part of Nepal provide a wholly different experience. A visit to Nepal remains incomplete without seeing the beauty of the Terai. The Royal Chitwan National Park, established in 1973, provides a great wildlife experience with its rich flora and fauna. The wildlife and the landscape are not as breathtaking as those found in Africa but still, the experience will stand out. Overnight stay at the resort.

The day will keep busy with varieties of wildlife activities spread over the day. Enjoy an Elephant Safari, seated high on the back of an elephant, you will gain a unique viewpoint of the Chitwan jungle as an experienced mahout tracks animals through the dense jungle. An elephant safari allows you to go places that would be impossible to get to by foot or Jeep and get up close to the wild animals of the forest. Nowadays elephant safari is conducted only in the community forests. Visit Gharial Breeding Center, where you will learn about how they collect crocodile's eggs and hatch them and send them to river. So there are chances to see many animals. Also enjoy Bird Watching - Chitwan is an ornithologist’s delight as more than 450 species of exotic birds, our experienced guides will take you to the selected spots ideal for birding, where you can observe a breathtaking diversity of these beautiful feathered creatures. Also enjoy Dug-Out Canoe Ride - Let your mind wander and relax as you float on a serene trip down the Rapti River in a traditional dugout canoe. You will be able to spot crocodiles and other reptiles sunning themselves on the riverbanks, or admire the graceful lines of Ibises and other waterfowl as you travel silently and peacefully down the river. This activity is available October to mid-March only, when the water level in the Rapti is neither too low nor too high. Later in the evening, there will be an entertainment through Tharu Stick Dance. You are more than welcome to join the village people as they move their hips in a local rhythm. Overnight stay at the resort.

After breakfast at the resort, drive back to Kathmandu. On arrival in Kathmandu commence the sightseeing tour of Bhaktapur Durbar Square, located 12 km east of Kathmandu, Bhaktapur or Bhadgaon literally meaning ‘the City of Devotees’is the smallest city in the Kathmandu valley. Its Main Square or ‘Layaku’ is famous for the 15th century Palace of 55 Carved Windows with the Golden Gate as a royal entrance. In front of the palace building are innumerable temples and architectural showpieces including the Lion Gate, the statue of King Bhupatindra Malla mounted on a giant stone pillar and the stone temple of Vatsala Devi; another beautiful example of Shikhara-style architecture. There is a bronze bell on the terrace of the temple, which is also known as the Bell of Barking Dogs. This was erected in 1737 by King Ranjit Malla; its sounding announced the beginning and end of a daily curfew. Overnight stay at the hotel in Kathmandu.

We ensure that you will leave Kathmandu with cherishing memory and an experience of a lifetime. Our Alkof Holidays representative will transfer you to the Tribhuvan International Airport, to board a flight to your home or onward destination.