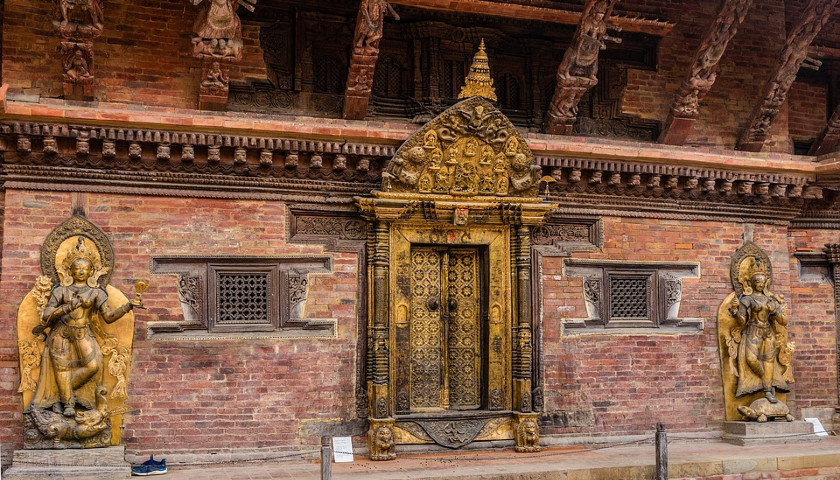 On arrival at the New Delhi airport, Alkof Holidays representative will meet you and transfer you to the hotel. The rest of the day is at leisure to explore the city's bustling streets or wander its wide tree-lined boulevards to get your first taste of India. Overnight stay at the hotel.

Today, proceed for a full-day sightseeing of Delhi. The National Capital of India, Delhi has been in existence since the 6th century BC. Start your sightseeing from the Rajghat, the memorial where Mahatma Gandhi was cremated in 1948. Later, visit the Jama Masjid, the largest mosque in India, commissioned by Emperor Shah Jahan. Later, enjoy a rickshaw ride in Chandni Chowk, the busiest market in Old Delhi. Afterwards, drive past President House, and India Gate in Edwin Lutyen's Delhi. Thereafter, visit Humayun's Tomb, built in 1562, commissioned by Humayun's wife Hamida Banu Begum. Later in the evening visit the Qutab Minar, the tallest brick minaret in the world, commissioned by Qutbuddin Aibak. Overnight stay at the hotel.

Post breakfast, leave for Agra - the city of the Taj Mahal. Upon arrival at Agra, check-in at your hotel. Relax at the hotel, later visit Itmad-ud-Daulah, and Agra Fort. Evening is free for shopping of handicrafts as souvenirs from the market of Agra. Overnight stay at the hotel.

Early morning before sunrise our tour guide will pick you up from the hotel and take you for a guided tour of the Taj Mahal and Mehtab Bagh. Later return to the hotel for breakfast. After breakfast at the hotel, leave for Jaipur. On the way visit Fatehpur Sikri - a UNESCO World Heritage Site, built by Akbar in the late 16th century. After sightseeing at Fatehpur Sikri, proceed to Jaipur for overnight stay.

Today, embark on a full day guided tour of Jaipur. Start you sightseeing with the iconic attraction of Rajasthan "Amber Fort and Palace", A UNESCO World Heritage Site, built by Raja Man Singh in 1592 in red sandstone and marble. The magnificent fort comprises an extensive palace complex, divided into several sections. It stands on top of an easily scalable mountain, which is situated right next to the beautiful Maota Lake. The fort's majestic appearance and its geographical advantages make it a special place to visit. After Amber Fort, visit Jal Mahal (Water Palace), City Palace, Jantar Mantar, The Hawa Mahal (Palace of winds), Albert Hall Museum, and Birla Mandir. Overnight stay at the hotel.

After breakfast at the hotel, our representative will transfer you to New Delhi. Upon arrival check-in at the hotel. Rest of the day at leisure. Overnight stay at the hotel.

Morning transfer to the New Delhi airport to board the flight to Kathmandu.

It's a panoramic thrill flying into Kathmandu on a clear day. The views of snow-capped mountain peaks sprawling down below you are almost ecstatic, beginning a whole chain of memorable experiences that stay with you for a long, long time. Upon arrival at Tribhuvan International Airport, Alkof Holidays representative will meet you at the airport and escort you to your hotel. Welcome drinks will be served and rooms will be provided after check-in process. Overnight stay at the hotel.

After breakfast at the hotel, commence the sightseeing tour of Kathmandu Durbar square, Swayambhunath stupa and Patan Durbar square.

SWAYAMBHUNATH STUPA: Said to be around 2000 years old, this Buddhist Stupa sits atop a hillock 02 kilometres west of Kathmandu overlooking the valley. The oldest written reference to the stupa dates from the 5th century, but it could have existed much earlier. Moreover, a legend has it that the stupa evolved spontaneously at the time of the Kathmandu valley's creation. Swayambhunath is famously known as as "the Monkey Temple" owing to the presence of a large number of monkeys around the area.

THAMEL: Later, get on a rickshaw (tricycle) for an interesting 20-minute ride to the tourist hub of Thamel. Travelers and the locals consider it a tourist haven. Its filled with narrow streets, all lined with budget hotels, small shops selling everything from food and provisions to clothes, carpets, walking gears, music CDs, DVDs, handicrafts, paintings which make it an ideal place for souvenir shopping. The area also has some very good restaurants when you need to stop for munching.

KATHMANDU DURBAR SQUARE: The durbar square with its arrays of temples, courtyards, monuments and the ancient palaces of the former Nepali Royals is located in Basantapur in the heart of Kathmandu city, the country's capital. Chief attractions here include Hanuman Dhoka Royal Palace, the magnificent Taleju Temple towering more than 40 meters; Kumari Ghar, the residence of the Living Goddess, Kumari; the temple of Ashok Vinayak dedicated to lord Ganesh (elephant headed deity), and Kal Bhairav, the God of Wrath. There is a giant pagoda of 'Kasthamandap', a structure which is said to have been built out of a single tree. The name of the capital 'Kathmandu' is said to be actually derived from 'Kasthamandap'.

PATAN DURBAR SQUARE: Located 5 km southeast of Kathmandu, the Patan city popularly known as 'the city of artisans' accommodates a magnificent square housing the palace buildings of the then royals, artistic courtyards and graceful pagoda temples - a display of Newari architecture that had reached its pinnacle during the reign of the Malla kings. It is filled with wood and stone carvings, metal statues, and ornate architecture, including dozens of Buddhist and Hindu temples, and over 1200 monuments.

Overnight stay at the hotel.

After breakfast at the hotel, drive to Nagarkot [1 Â½ hours under normal road conditioned] en-route visit Boudhanath, and Bhaktapur.

BOUDHANATH: One of the oldest and the biggest Buddhist monuments ever built in Nepal; Boudhanath is a spherical stupa structure imposing at a height of 36 meters with three massive Mandala style platforms. Located 08 kilometres east of Kathmandu, the stupa with four pairs of eyes at the four cardinal directions is believed to be keeping watch for righteous behavior and human prosperity. Built on an octagonal base inset with 108 prayer wheels, the shrine is ringed by the settlement especially of the Tibetan refugees who entered Nepal in the 1950s. They have developed the place into a 'Mini-Tibet' ever since.

BHAKTAPUR DURBAR SQUARE (listed as a World Heritage Site by UNESCO): A former capital of the valley, it was once a flourishing city on the trade route to Tibet. It has preserved its traditional character better than the other two cities, due to its more isolated location. It is regarded today as a classic showcase of medieval Nepalese town life. It is situated in the east of Kathmandu valley about 14 km. away. It today retains much of its beauty in ornate woodcarvings and in the famed Golden Gate.

NAGARKOT: A village located about 32 kilometres east of Kathmandu on the north-eastern rim at an elevation close to 6,800 feet above sea level. Nagarkot is famous as one of the most scenic spots in the region, renowned for its sunrise and sunset views of the Himalayas. Visitors often travel to Nagarkot from Kathmandu to spend the night so that they can be there for the breathtaking sunrise view. It also offers an excellent view of the Indrawati river valley to the east. With a panoramic view of the Valley, it is described by visitors as a place whose beauty endures year round. If luck favours, you can even spot Mount Everest out with its snow-topped peaks on a very clear day from an observation tower at the very top of the village's hills.

Overnight at the hotel.

Today morning, Alkof Holidays representative will transfer you to the Tribhuvan International Airport, to board a flight to your home or onward destination.

Not Satisfied With This Itinerary?

If you would like to customize this itinerary, then please click on Plan Your Trip button. It takes only 2 minutes!

Note: Hotel upgrades are available as per your choice.


A deposit of 10% is required to confirm this tour, and the remaining balance will be charged 60 days prior tour starting date. For any bookings within 60 days of departure, the full tour amount will be charged upon booking. This can be paid through bank transfer, credit/debit card, or cash.


It is the sole responsibility of each individual traveller to get the required visa(s) for this tour, as visa requirements vary depending on your nationality. We recommend to check with the Embassy of India in your home country.

Travel is one of those things that naturally gives rise to queries, concerns and doubts, so we’re here to put your mind at ease. Various "FREQUENTLY ASKED QUESTIONS" on your travel to India will be covered into the document, kindly go through the same. If there are any other questions, that are not mentioned in FAQ, then please feel free to contact us, it would be our pleasure to assist you.


YES. We can customize your India Holiday Package, as per your interest, and preferences.

On arrival at New Delhi Airport, India, our local representative will be there at the airport holding a placard of your name for identification. We shall also provide you list of emergency 24 hours contact numbers for any emergency.

Although tipping in India is not compulsory, doing so is a nice gesture. In some circumstances, a small tip is expected. The rules of etiquette for gratuity in India are a little muddled as a colonial past, tourism, and cultural influences clash. We do recommend tipping at various instances, but tip higher only when you are very happy with the service. Tip can given after completion of the services from 5$, 10$ or more as per your choice and depending on how much satisfied & happy you are with the service provider.

With Alkof Holidays, you get 24X7 personal assistance from your dedicated tour manager over phone, WhatsApp, Skype, or Email. 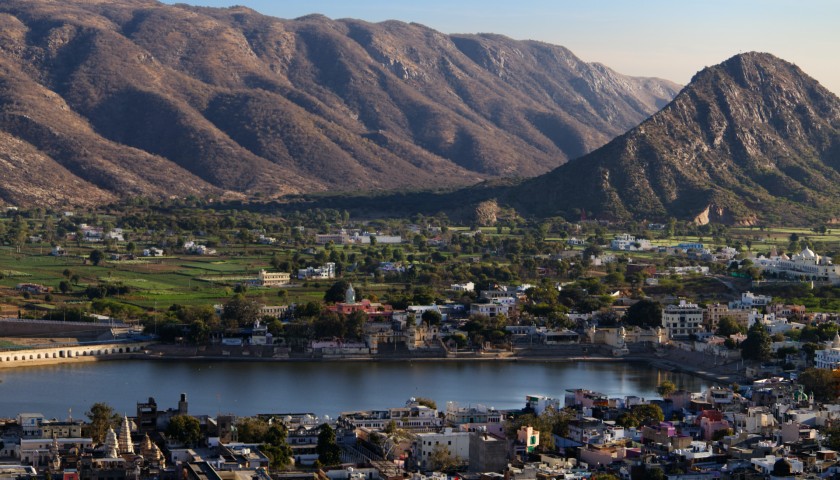 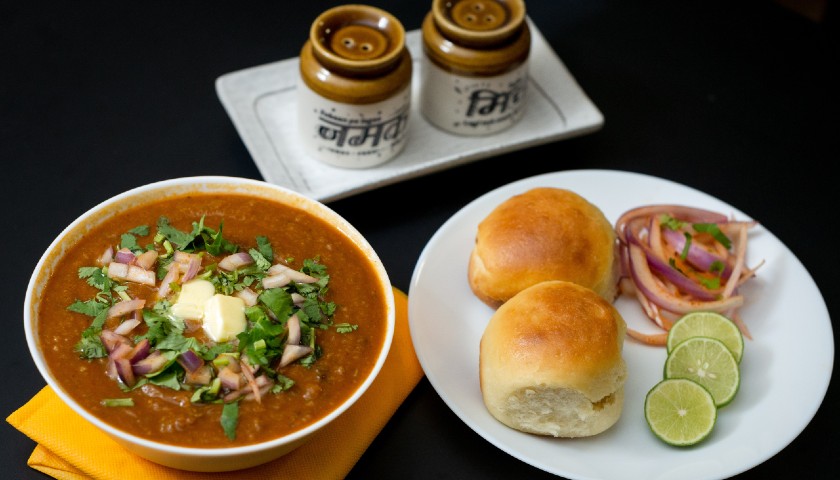 The Culinary Tour of India 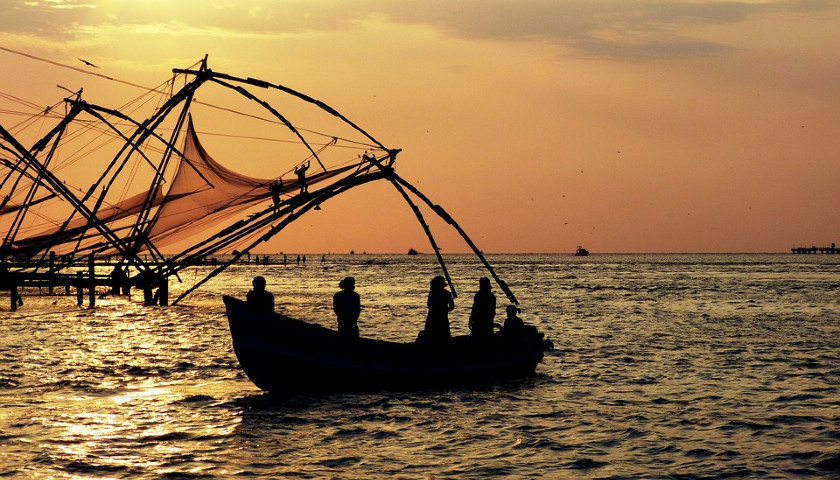