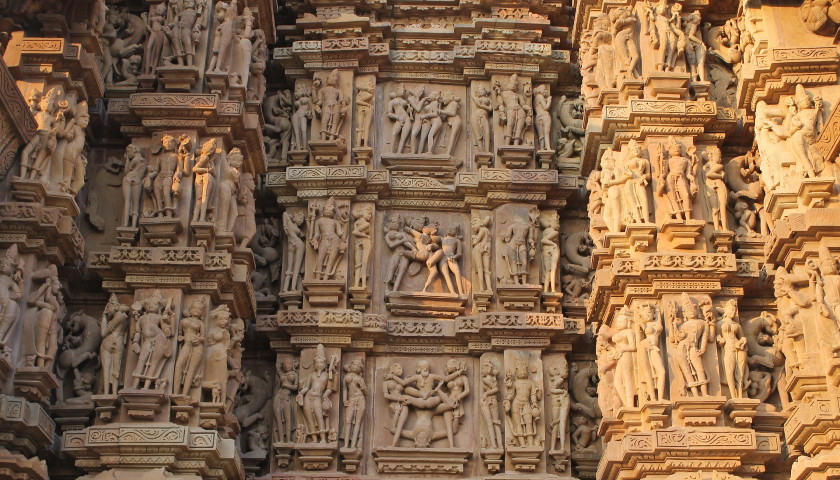 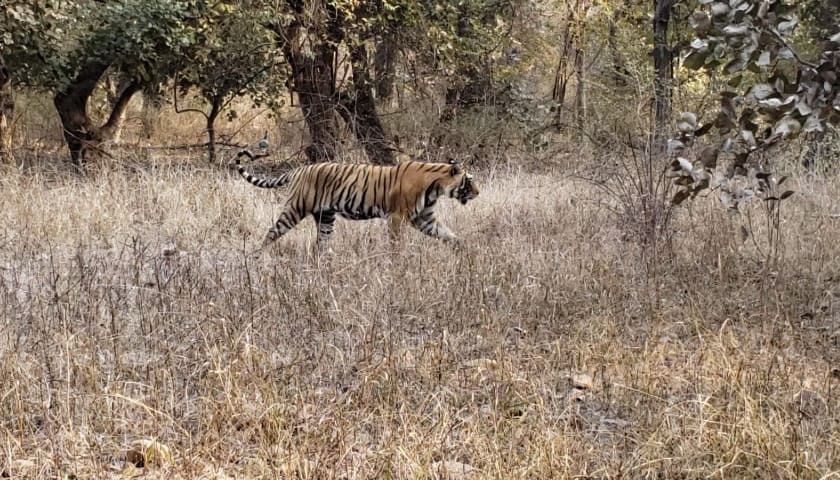 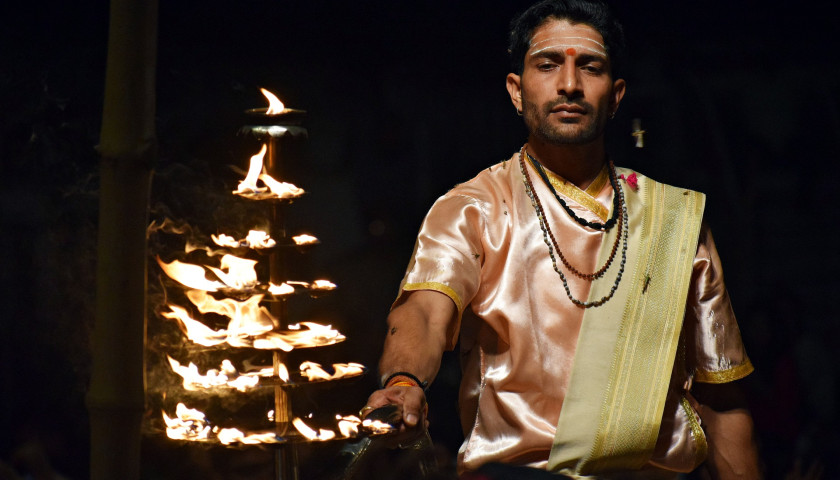 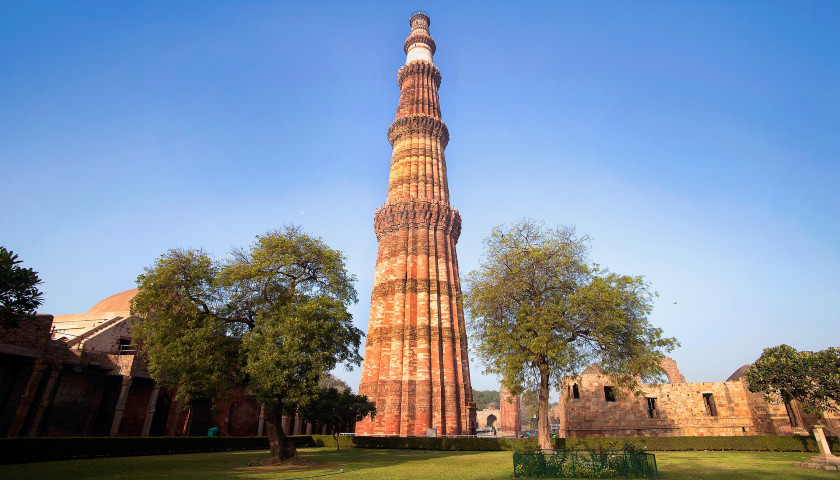 Namaste, Welcome to India! On the day of arrival at the New Delhi airport, Alkof Holidays representative will meet you and transfer you to the hotel. The rest of the day is at leisure to explore the city's bustling streets or wander its wide tree-lined boulevards to get your first taste of India. Overnight stay at the hotel.

Embark on a full-day sightseeing of Delhi. The National Capital of India, Delhi has been in existence since the 6th century BC, from the rule of the Pandavas right up to the British Raj. Start your sightseeing from the Rajghat, the memorial where Mahatma Gandhi was cremated in 1948. Later, visit the Jama Masjid, the largest mosque in India, commissioned by Emperor Shah Jahan. Later, enjoy a rickshaw ride in Chandni Chowk, the busiest market in Old Delhi. Afterwards, drive past President House, India Gate and several other government buildings in Edwin Lutyen’s Delhi. Thereafter, visit Humayun’s Tomb, built in 1562, commissioned by Humayun’s wife Hamida Banu Begum. Later in the evening visit the Qutab Minar, the tallest brick minaret in the world, commissioned by Qutbuddin Aibak. Overnight stay at the hotel.

Early in the morning, enjoy a boat ride on the River Ganges, followed by a visit to Akhara and see the traditional form of martial arts practiced there. Morning city tour of Varanasi, this includes a walk through the various sacred Ghats. Visit the sacred shrine of Kashi- Vishwanath (also known as the Golden Temple), and Bharat Mata Mandir, a simple temple dedicated to 'Mother India'. Later proceed to Sarnath, an important site for the Buddhists, visit the Dhamekha Stupa, the Archeological museum and the Chaukhandi Stupa. In the evening attend aarti on the bank of River Ganges in Varanasi. Overnight stay at the hotel.

After breakfast at the hotel our representative will transfer you to the Varanasi airport to board the flight for Khajuraho. Upon arrival at Khajuraho airport, our representative will meet you and transfer you to the hotel. Rest and relax at the hotel, and later proceed for a guided tour to Khajuraho, sightseeing begins with visit to World Heritage Site Western Group of Temples. Here Kandariya Mahadev temple is the most popular and beautiful massive structure. It is a magnificent peace of artistic sculptural work. Khajuraho temples are more popular for erotic sculptured images but on your visit you will realize that such images are approx. 15% of all images and other images are Hindu gods, goddess, nymphs. After this we will drive to Eastern group of temples and after that you may drive to see Raneh Water-fall, located about 20kms from Khajuraho. Overnight stay at the hotel.

Early in the morning, leave for Jhansi. On the way visit the two main highly preserved temples of Orchha - "the Ram Raja Temple" and "the Chaturbhuj temple". Later visit the Jhansi Fort, and Rani Mahal in Jhansi. Later in the afternoon, board an express train to Agra from Jhansi railway station. Upon arrival at Agra railway station, our local representative will meet you and transfer you to your hotel for overnight stay.

Early morning before sunrise our tour guide will pick you up from the hotel and take you for a guided tour of the Taj Mahal and Mehtab Bagh. Later return to the hotel for breakfast. After breakfast, proceed for a full day guided tour of Agra, visit Itmad-ud-Daulah, and Agra Fort. Evening is free for shopping of handicrafts as souvenirs from the market of Agra. Overnight stay at the hotel.

After breakfast at the hotel, leave for Jaipur. On the way visit Akhbar Tomb at Sikandra, and later visit Fatehpur Sikri - a UNESCO World Heritage Site, built by Akbar in the late 16th century. It was abandoned after only 14 years, and the elegant buildings of this superb walled city remain intact to this day. After sightseeing at Fatehpur Sikri, proceed to Jaipur for overnight stay.

After breakfast at the hotel, proceed for a full day guided tour of Jaipur. Start you sightseeing with the iconic attraction of Rajasthan “Amber Fort and Palace”, A UNESCO World Heritage Site, built by Raja Man Singh in 1592 in red sandstone and marble. The magnificent fort comprises an extensive palace complex, divided into several sections. It stands on top of an easily scalable mountain, which is situated right next to the beautiful Maota Lake. The fort’s majestic appearance and its geographical advantages make it a special place to visit. After Amber Fort, visit City Palace, The Hawa Mahal (palace of winds), Jantar Mantar, Jal Mahal (Water Palace), and Galtaji Temple (Monkey Temple) - a 16th century, prehistoric Hindu pilgrimage site with several shrines, holy kunds, pavilions and natural springs, if time permits you can visit some other interesting places as well. Overnight stay at the hotel.

After breakfast at the hotel, Alkof Holidays representative will transfer you to the New Delhi airport to board the flight to your home or onward destination. 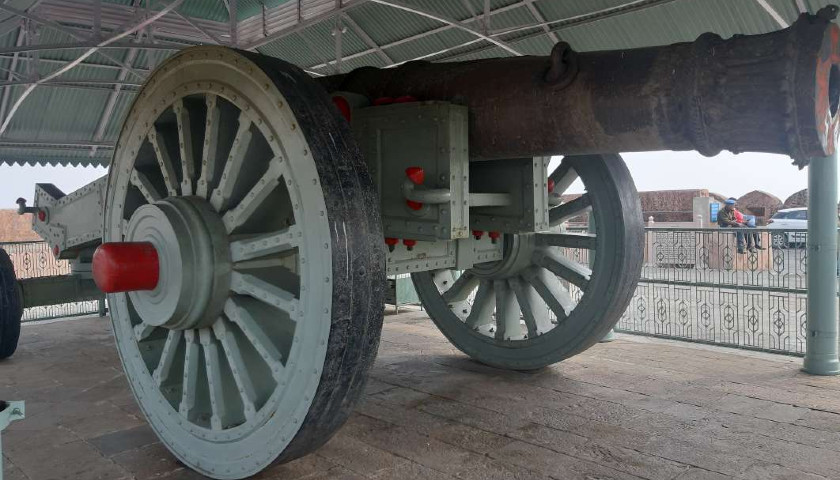